Mark Bowler (a.k.a. Audiobubble) is a composer of orchestral, chamber, vocal and electronic music, a songwriter & opera maker, and a performer of folk and experimental music. His boldly polystylistic music has been described as having 'a sophisticated aesthetic... communicated with subtlety and individuality' and as being 'strangely dramatic and persistently eloquent', 'imaginative and witty', and 'hugely vivid... often haunting'.

His exploration of asymmetrical folk grooves in Deep Green won him the Britten Sinfonia OPUS2017 commission and his music has been performed or commissioned by EXAUDI, Plus Minus Ensemble, Kaleidoscope Saxophone Quartet, Ex Cathedra, Ligeti Quartet, Samuel Lom, Selwyn College Choir, No Dice Collective and Bournemouth Sinfonietta Choir amongst others. Mark's music is associated with Millennium Bridge through the Illuminated River project, accompanying a lighting design by Leo Villareal.

​Mark has collaborated with director & librettist Gareth Mattey on several projects, their most recent being the chamber opera Little England, which was due to be staged in June 2020, but cancelled due to covid. Their other projects include A Seductive Event - an irreverent micro-song cycle based on Schumann's Dichterliebe - and Promise, Promise, Promise? for EXAUDI vocal ensemble.

During UK lockdown 2020 Mark was instrumental in curating and releasing a compilation album of new music to support Help Musicians UK charity. NMS Presents: Lockdown Listening can be purchased here.

​Growing up on the coast of Teesside, he began his musical training with the RSCM Northern Cathedral Singers before honing his skills as a songwriter in the 90's indie scene. In the 00's he worked closely with Adrian Palka exploring the cross-arts possibilities of the Bow Chimes and Steel Cello (Robert Rutman's sculpture-instruments) performing and installing works across the UK, Europe and Russia. He later became a key player in Stamp Collective (Guildhall School of Music & Drama folk music ensemble) and is a founding member of folk collective Tribe of Tinkers.

He has released albums of electronic, pop and folk music with and as Audiobubble, Dr Congo, Tribe of Tinkers, Crossfader, Bucket Chemists, Phonographic Perverts, Stamp Collective, and has several releases on One Glass Eye Records including 'Puzzle Book', recorded by Kaleidoscope Saxophone Quartet, and 'Quartet for Strings', a four movement work exploring folk traditions of the British Isles and Eastern Europe, recorded by Ligeti Quartet.

Mark graduated MComp (distinction) from Guildhall School of Music & Drama in 2020 after studying with Mathew King. He is now Junior Fellow in Composition.
Previously, he read Music Composition & Professional Practice at Coventry University under Martin Riley, Adrian Palka and Chris Wilson, graduating with Honours, First Class.
​He has studied privately with John Lely. 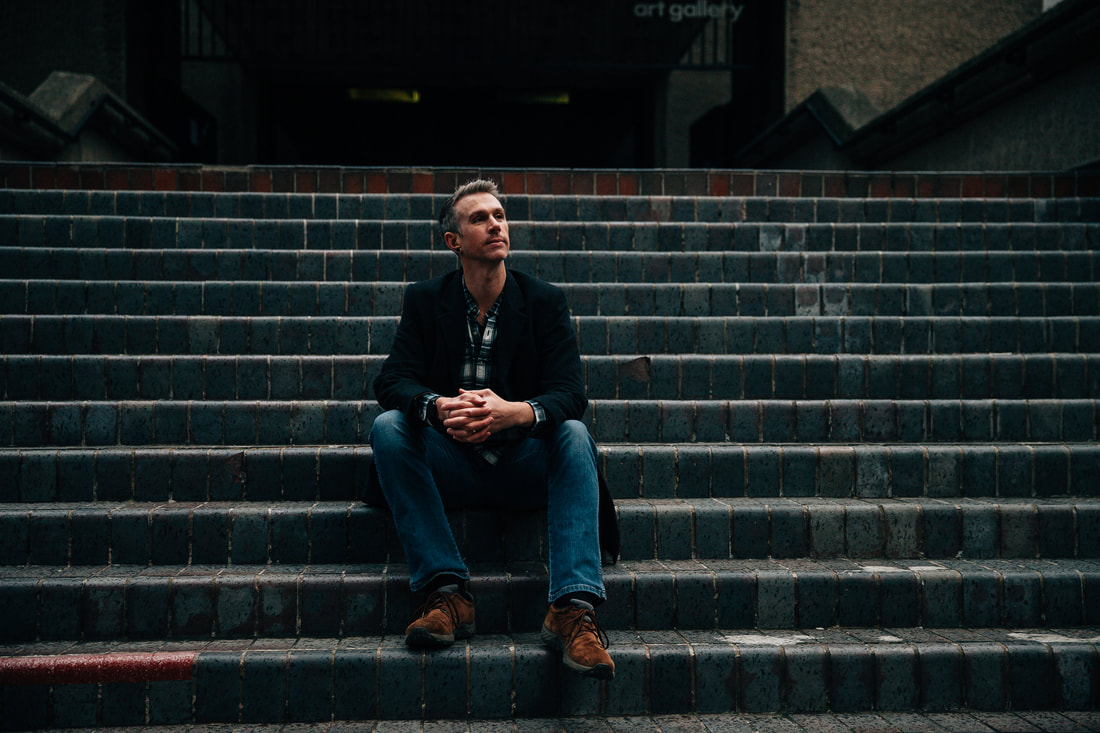 Reviews:
On Fother-jiggen, Downy & Full Score:
Mark Bowler's Fother-Jiggen, Downey, Full-Score was inspired by Bowler's discovery that the West Country had an archaic sheep-counting rhyme similar to the one Bowler knew from his native Teesdale. The result is the tongue-twister starting 'Hant, tant, tother, fothery, fant' and ending 'fother-jiggen, full-score'. Bowler created from this a tongue twisting musical work appealingly full of vibrant rhythms.
-​http://www.planethugill.com/2017/03/music-in-our-time-from-70th-birthday-to.html

On Quartet for Strings:
... there is nothing pastiche-y about Bowler's writing, whilst the four movements clearly have an underlying folk influence, in the rhythmic and melodic motifs, the over all sound world is Bowler's own
...dramatic and striking, and a long way from Percy Grainger... a creative re-imagining of folk-music.
http://www.planethugill.com/2017/04/creative-re-imaginings-mark-bowlers.html